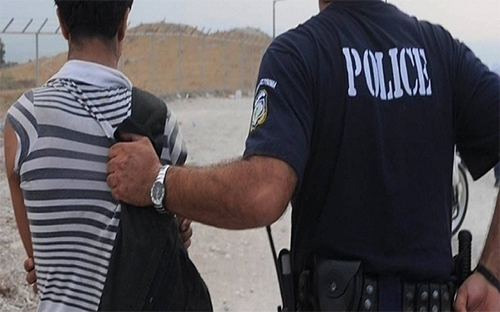 Prohibition of the collective expulsion of aliens: the ECHR practice

Constant geopolitical conflicts, economic crises and religious oppression make large groups of people every year seek refuge in foreign countries. Sometimes the policy of these states is aimed at providing such groups of persons with asylum, and in some cases, measures of expulsion of foreigners are applied, especially if they have entered the territory of another state illegally. There are also cases of ethnic enmity, when representatives of a national minority or ethnic group are forced to be evicted to another territory. It goes without saying that such incidents are a violation of human rights and are subject of consideration by the European Court of Human Rights.

Protocol No. 4 to the European Convention on Human Rights in Article 4 establishes that the collective expulsion of aliens is prohibited. Adopted in 1963, it was intended to guarantee those rights and freedoms that were not provided for by the Convention and the First Protocol to it. When Protocol No. 4 was drafted, it was the first international treaty to address collective expulsion. Its explanatory report reveals that the purpose of Article 4 was to formally prohibit “collective expulsions of aliens of the kind which was a matter of recent history”. Thus, it was “agreed that the adoption of [Article 4] and paragraph 1 of Article 3 (prohibition of expulsion of nationals) could in no way be interpreted as in any way justifying measures of collective expulsion which may have been taken in the past” (Hirsi Jamaa and Others v. Italy).

The core purpose of the Article is to prevent States from being able to remove a certain number of aliens without examining their personal circumstances and, consequently, without enabling them to put forward their arguments against the measure taken by the relevant authority.

Thus, in the decisions Andric v. Sweden and Sultani v. France, collective expulsion is understood as any measures of the relevant authorities that force a group of foreigners to leave the country.

The fact that a number of aliens receive similar decisions does not lead to the conclusion that there is a “collective expulsion” when each person concerned has been given the opportunity to put arguments against his expulsion to the competent authorities on an individual basis (Alibaks and Others v.the Netherlands). That does not mean, however, that where there has been a reasonable and objective examination of the particular case of each individual “the background to the execution of the expulsion orders plays no further role in determining whether there has been compliance with Article 4 of Protocol No. 4” (Čonka v. Belgium). For an expulsion to be “collective” in nature, there are no requirements such as a minimum number of persons affected or membership of a particular group .

However, there will be no violation of Article 4 of Protocol No. 4 if the lack of an expulsion decision made on an individual basis is the consequence of an applicant’s own culpable conduct. For example, in Berisha and Haljiti v. the former Yugoslav Republic of Macedonia the applicants had pursued a joint asylum procedure and thus received a single common decision, and in Dritsas and Others v. Italy the applicants had refused to show their identity papers to the police and thus the latter had been unable to draw up expulsion orders in the applicants’ names. In N.D. and N.T. v. Spain the Court clarified that this principle also applies to situations in which the conduct of persons who cross a land border in an unauthorised manner, deliberately take advantage of their large numbers and use force, is such as to create a clearly disruptive situation which is difficult to control and endangers public safety.

In general, any obstacles to the competent authorities of a foreign state in the procedure for clarifying the circumstances of the case release the state from responsibility for collective expulsion.

In 1989, in the case of Zering v. The United Kingdom, it was established that the state may be responsible for making a decision to evict (extradite) a person who is at risk of becoming a victim of ill-treatment in the requesting country. Indeed, one should be guided by the principle of humanism and take into account such circumstances as the state of human health, the risk of ill-treatment by third party, the threat of execution of the death sentence in the country of citizenship.

So, it is worth noting that in the current international situation, numerous local and international conflicts, the issues of settling the legal status of foreigners are quite relevant. The practice of the ECHR, in turn, shows that the problem of collective expulsion of foreigners cannot be solved exclusively by international agreements and pacts – the circumstances of each case should be carefully studied. However, the Court has found a violation of Article 4 of Protocol No. 4 only in six cases.

According to the general rule established by Article 4 of the  Protocol No. 4, the collective expulsion of foreigners is prohibited. However, there are several exceptions: when a consistent and objective analysis of events has been carried out; when it was proven that the person obstructed such analysis; and when there are no additional circumstances that the state is obliged to take into account.