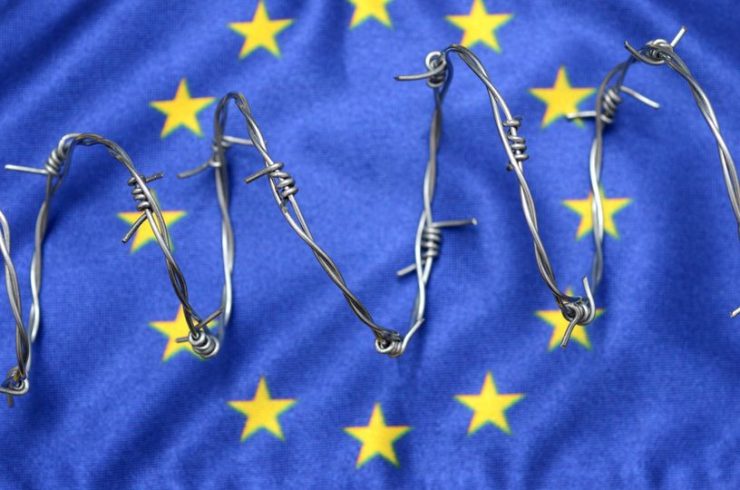 In the early 1990s, the European Union began to offer various regional initiatives for Albania and the former Yugoslav countries. The main goal was: to prevent conflicts in the region and to create ties between countries for further cooperation. Another goal was to help the integration of Albania and the ex-Yugoslav republics into the EU. All projects remained virtually on paper. Although the Stability Pact for South-Eastern Europe was created in 1999, it lasted for nine years. In 2008, this organization was replaced by the Regional Cooperation Council, which was to accelerate the accession of the Western Balkan countries to the EU. However, the desired result has not yet been achieved. One of the problems has been and remains the normalization of bilateral and regional relations, which is impossible without overcoming the consequences of war crimes and the full launch of the reconciliation process.

Only Slovenia (2004) and Croatia (2013) joined the EU. If Slovenia managed to join the EU almost without problems, Croatia failed to jump into the rapid train of European integration. External problems and internal unrest became an obstacle. For example, corruption, instability of political and economic development, non-compliance of legislation with EU requirements, etc. The problem of war crimes, their consequences, and war criminals has long been an obstacle.

The first Croatian president, Franjo Tudjman, didn’t seek to cooperate actively with the ICTY. He said that Croatia was fighting for its independence, so it cannot be judged. The situation began to change under the next presidents’ Stipe Mesic and Ivo Josipovich. One of Croatia’s main foreign policy areas has been cooperation with the tribunal to search for and extradite war criminals and provide the necessary documentation for investigations. In October 2003, the Croatian Parliament passed the Law on the Annex to the Statute of the International Criminal Court and the Prosecution of Acts against Non-Compliance with International Laws and Customs of War and International Humanitarian Law. It called for the establishment of military chambers at the courts in Zagreb, Osijek, Rijeka, and Split to investigate war crimes during the Yugoslav conflict of the 1990s. In the following years, Croatia passed a law on the protection of witnesses to crimes and established witness assistance units and victims of war crimes at the Ministry of Justice.

In 2007, Croatia extradited all war crimes suspects required by The Hague tribunal, including Ante Gotovina and Mladen Markac. The Croatian government continued to cooperate actively with the ICTY for some time in touch with and transfer persons at large to The Hague. This allowed the government of the republic to resume negotiations with NATO and the EU on permanent membership in 2008. Already in April 2009, Croatia became a full member of NATO, and on July 1, 2013, joined the EU.

In Serbia, war crimes and a reluctance to cooperate with the ICTY have repeatedly hampered European integration. There was no co-operation during Slobodan Milosevic’s rule, as the Serbian/Yugoslav leader rejected the tribunal’s legitimacy. After the so-called Bulldozer revolution (September 29 – October 5, 2000), the situation changed somewhat. Milosevic was arrested and extradited to The Hague on June 28, 2001. Also in Serbia, the ruling regime has changed.

In 2003, ICTY established in the Belgrade District Court the first department to investigate war crimes committed by Serbian army soldiers and officers in Bosnia and Herzegovina, and Croatia.

For a long time, the Serbian authorities didn’t want to make significant efforts to find R.Karadzic and S.Zupljanin (arrested in 2008), R. Mladic, and G. Hadzic (arrested in 2011). The transfer of these indicted to The Hague was a signal for the resumption of talks with Serbia. On March 1, 2012, at the EU Summit in Brussels, the country received official candidate status. Three years later, at an intergovernmental conference in Brussels, Serbia began direct negotiations on EU access.

The negotiations stopped in 2020. Еhe European Commission didn’t allow the opening of a new section for the EU because the Serbian government did not meet some requirements, including in the area of transitional justice. According to the EC report under section 23, released in 2016, the country’s leadership has done nothing to prosecute those involved in war crimes, to ensure proper implementation of recommendations to improve the effectiveness of domestic war crimes trials. The EC accuses Vucic and his government of freezing cooperation with the IRMCC, failing to comply with many ICTY decisions, limited participation in regional war crimes projects, and slow implementation of the National War Crimes Strategy.

In Serbia, more than 2,500 cases are investigated. The government continues to provide support and housing for convicted war criminals, allows hatred against other ethnic groups, and denies the Srebrenica genocide. It further complicated Serbia’s European integration and hindered the settlement of relations with Kosovo. The EU-sponsored Belgrade – Pristina dialogue stipulates that the Serbian authorities and the authorities of the self-proclaimed republic will jointly investigate war crimes.

The article was published at Balkans in-site