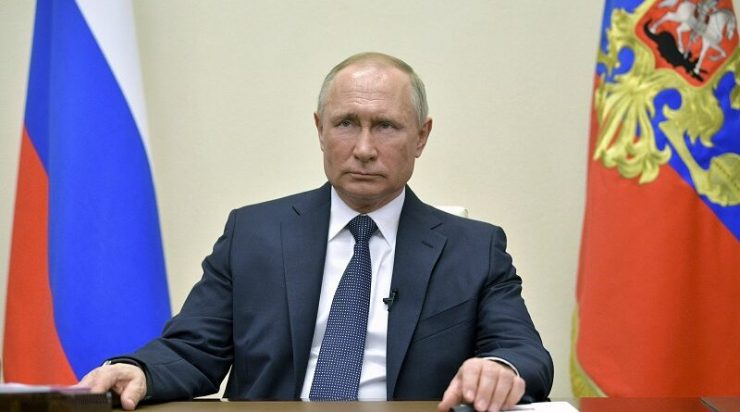 The Compulsion To “Unity”

What Putin’s article on Russians and Ukrainians really is

At the beginning of last week, the website of the President of Russia published an article “On the Historical Unity of Russians and Ukrainians”, the author of which is Vladimir Putin. In Ukraine, this article predictably caused a wave of heated discussions. Some, notably historians, focus on the groundlessness of Putin’s theses, which mostly repeat Soviet school history textbooks. Others focus on the purpose for which this article was written, why now and why the head of the Kremlin himself penned it. By providing answers to these questions, most see it as yet more proof that the Kremlin’s intentions towards Ukraine have not changed and that Russia is ready to continue its aggression.

If we talk about the historical part of Putin’s article – which, of course, was written not by him, but by his court historians – then, like most Russian materials on historical topics (and not only on Ukraine), it turns out to be an amalgam of distorted facts, half-truths and lies …

For example, Putin and his propagandists love to use the concept of “Rus” to mean “Russian”. In fact, it refers exclusively to medieval Kievan Rus. He also speaks of Kiev as “the mother of Rus’ cities”, implying that medieval Rus and Russia are one and the same. Actually, foreign sources of the 16th-18th centuries, referred to Belarus and Ukraine as “Rus”, but today’s Russia was called “Muscovy”.

Also, Putin is silent about the facts that in the 16th-18th centuries Ukrainians already had a national identity and that their language was not almost the same as that spoken in the then Muscovy. Eighteenth-century sources century mention that diplomats in Moscow asked translators for help because they did not understand this East Slavic language, which was then spoken on the territory of modern Ukraine.

Besides this, Putin devotes most of the text to arguing that the existence of Ukraine is illegal and that Ukrainian sovereignty over the territories of the state is illegal too. The message is simple: a “robbery of Russia” has taken place.

“The Bolsheviks … arbitrarily cut borders, were distributing generous territorial “gifts”. Finally, it doesn’t matter what were the leaders of the Bolsheviks guided by, while cutting the country. One thing is clear: Russia was actually robbed”.

In the final part of the article, Vladimir Putin refers eight times to the “anti-Russia” project which the Western countries, in his opinion, are trying to implement on the territory of Ukraine. And he uses this project to explain the war in the east of Ukraine:

“The anti-Russia project was rejected by millions of Ukrainians. Crimeans and Sevastopol residents made their historical choice. And the people in the southeast were peacefully trying to defend their position. But all of them, including children, were called separatists and terrorists”.

He describes the events of those times without mentioning that the actual hostilities in the region began with the capture of the city of Slavyansk by a group of armed people led by Russian citizen Igor Girkin.

To be fair, it should be said that Putin is not the first to have warped history. All his predecessors have done so too. As Ukrainian Minister of Culture Alexander Tkachenko noted: “The Russian tsars began to rewrite history when they appropriated the name “Rus” to their Muscovy”. According to him, this was continued by Stalin, who not only again talked about the “cradle of fraternal peoples”, but also clearly showed his attitude towards these “fraternal peoples” through the Holodomor, mass deportations and other genocidal practices.

To be fair also, it should be noted that Putin’s article appeared in a Ukrainian version as well as in Russian. So that’s alright…

What is this all for?

Putin’s article is actually not so much about history as about the present and near future. It is a kind of assembly of the Kremlin’s messages to various target audiences, in which the historical facts, interpreted by the Kremlin in its own way, are only an auxiliary element designed to justify the aggressive policy that Russia is pursuing against Ukraine and will pursue in future.

One of these audiences is that part of Ukrainian society which still believes that peace with Russia can be reached on compromise terms of some sort. In order to support their faith, the article can be translated into Ukrainian and Russia can be depicted as not aggressive at all. Such content is rather easier to take seriously when there is no actual fighting going on in eastern Ukraine, as is the case now.

Another addressee of Putin’s messages is the Ukrainian government, which it would seem is not taken at all seriously by the Kremlin, especially given its recent actions against Putin’s closest ally in Ukraine, Viktor Medvedchuk. This article directly denies the possibility of dialogue with the Ukrainian government and blocks any hypothetical steps towards establishing peace by taking Ukrainian interests into account. Moreover, the article contains many open threats to Ukraine, which are justified by the author on various grounds—including historical ones. For example, Putin writes:

“We will never allow our historical territories and people close to us who live there to be used against Russia. And to those who will make such an attempt, I want to say that in this way they will destroy their country.”

This amounts to a direct threat not only to Ukraine, but also to the West.

There is also an important passage in which Putin compares what he calls “a course of forced assimilation” in Ukraine with the use of weapons of mass destruction against Russia. This is a direct large-scale threat and a cause for concern in the context of the radicalization and ethnicization of Putin’s thinking.

Putin also uses the article to raise the stakes in his game with Western leaders and reminds them once again that Russia is ready to continue a tough defense of its interests in Ukraine. In addition, he also addresses mid-level and senior Western officials, parliamentarians, public activists, leading journalists and businessmen – all those who influence voters in the West. After all, it is they who determine the framework within which the leaders of their countries must operate. And factors like Putin’s article help to shape that framework.

Finally, Putin’s article is also a pre-election maneuver for the benefit of an internal Russian audience. Against the background of the problems that the pandemic and its new wave have already caused, the dubious successes with vaccinations and the price hike that the government cannot cope with, the Kremlin needs to divert attention to something else. Another bout of anti-Ukrainian hysteria is a good – and a proven – means of uniting the electorate before the vote in September.

The appearance of Putin’s article at this particular time is not accidental. Recently, the intensity of combat actions in eastern Ukraine has been low and the sense of danger within Ukrainian society is decreasing, so this is a good time to push the thesis of peace and friendship with the Russians and “one people”.

On the other hand, the Kremlin is doing this in order once again to legitimize its own territorial claims to Ukraine, with regard not only to those parts it has already occupied and annexed, but also to the entire territory. Moscow understands very well that there is less and less time for it to keep Ukraine close to itself. To do so, it must increase the pressure on Ukraine and its authorities. Which is precisely what this article tries to achieve. It’s as official as it can be: effectively it represents the collective view of the Kremlin and it’s signed by the Kremlin’s top man. And it contains various choice theses, notably: “I am convinced that the real sovereignty of Ukraine is possible just in partnership with Russia.” Given the current policy of the Kremlin towards Ukraine, the unspoken implication is quite clear: “And if Ukraine does not think so, then we will do everything to ensure it that it has no sovereignty.”