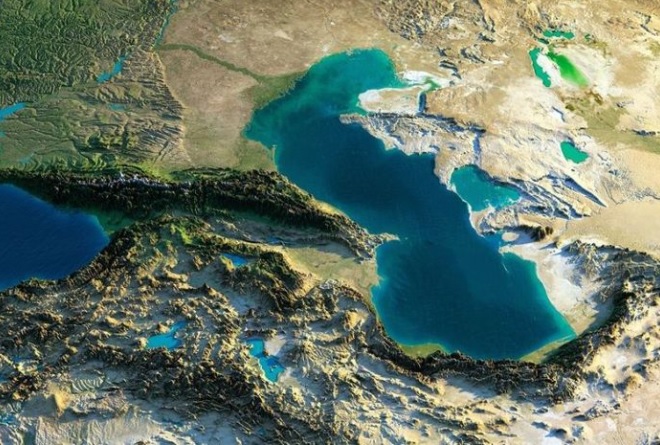 The 2020 Karabakh war has significantly impacted the regional dynamics in the South Caucasus. Experts and pundits have not come yet to a unified approach regarding the reasons and implications of the war. However, many agree that the primary beneficiaries of the war were Russia and Turkey. Kremlin has reached perhaps its main goal in Karabakh – to put Russian boots on the ground, while it has also significantly increased its military presence in Armenia. Turkey has cemented its presence in Azerbaijan as now a large part of Azerbaijani society believes that without Turkey’s overt support and involvement, Baku could not win the war. Turkey also is a part of the joint monitoring center operating in the Aghdam region of Azerbaijan, though Turkey hoped to have more military involvement in the post-war Karabakh.

Another recurring topic in expert discussions after the 2020 Karabakh war is the decrease of Western influence in the region. The US and France, two other OSCE Minsk Group Co-chairs, did not take part in the elaboration of the November 10, 2020, trilateral Armenia – Azerbaijan – Russia statement, which put an end to the war. Both countries made efforts during the war to reach the humanitarian ceasefire, but with no success. The 2020 Karabakh war coincided with the Presidential election campaign in the US, and many experts believe that this was the main reason why Washington was so passive during the hostilities. Meanwhile, the South Caucasus was not on the US foreign policy priority list for quite a long time. Ukraine was a focus of Washington in the post-soviet space, while since the early 2010s, the general shift towards the Asia – pacific has been underway. This process was accelerated under President Trump, who launched a trade war with China. Trump’s “America first” policy and his disdain towards the democracy promotion were perceived as another reason for the growing decline of the US involvement in the South Caucasus.

The Victory of Joe Biden in the November 2020 elections seemed to bring the usual patterns of the US foreign policy back to the pitch. The notion “America is back” is perceived as a willingness to increase American involvement in the different parts of the world. The Biden vision of the 21st-century geopolitics as a battle between democracy and authoritarianism arguably implies more US involvement in the Post-Soviet space to deter and counter authoritarian Russia. The word democracy is perhaps the most often used term in the “Interim National Security Strategic Guidance” published by the new administration in March 2021. Here Russia and China were defined as the main adversaries of the US, and in this context, they continued the “Return of the great power competition” notion embedded in the 2017 US national security strategy. Russia and China were identified as the main threats for the US also in the 2021 annual threat assessment of the US intelligence community published by the office of the Director of National Intelligence in April 2021. The emphasis on democracy and human rights by the key representatives of the new administration may create a perception that Biden will reinvigorate the “liberal hegemony” grand strategy implemented by different degrees by the Clinton, Bush, and Obama administrations during 1993-2016. However, the US intelligence and the expert community understand that the “unipolar moment” of the 1990s and 2000s marked by the uncontested US hegemony is over. The world has entered into a difficult period of global order transformation towards the multipolar system. It will be challenging for the US to behave like in the 1990s when Washington was free to do whatever it wanted. The emerging multipolar system requires new approaches in dealings with adversaries such as Russia and China, and the grand strategy of “Liberal hegemony” may not be the correct answer to the new challenges faced by the US.

As of now, the Biden administration has not elaborated a new strategy for the South Caucasus. The US would not like to see Russian influence increase here; meanwhile, it is not in a position to force its desirable solutions in the region. Most probably, the US will imply the cautious approach, seeking to decrease Russian presence in the region through persistent efforts to push forward for continued liberal reforms in Armenia and Georgia using the US assistance and the US leading role in the international financial institutions as leverage to influence the policy of governments. Another channel for the US influence is the support to the Western-oriented civil society organizations, which play the role of indirect agents of the US influence and the cadre bank to fill the government offices with pro-US persons. The US views the EU involvement in the region through the Eastern Partnership initiative as an essential supplement to push forward this agenda and welcomes the recent EU announcement on the new aid package for the regional powers.

Meanwhile, the US will avoid moves that may be perceived as threats to its vital interests by Moscow – such as pushing for the NATO MAP for Georgia or calling for the removal of the Russian troops from Karabakh or Armenia.

The US continues to believe that the economic cooperation between regional states will not only contribute to the de-escalation of the situation but, in the long-term perspective, will result in the decrease of Russian influence in Armenia as Yerevan will feel less threatened by Azerbaijan and Turkey and thus will have fewer incentives to be militarily tied with Moscow. In this context, the US will support the restoration of communication routes in the South Caucasus and the establishment of the economic ties between Armenia and Azerbaijan and Armenia and Turkey. Interestingly, in this respect, the US and Russia interests coincide. Kremlin also pushes forward to restore communications and economic cooperation between Armenia and Azerbaijan as a tool to stabilize the post-2020 status quo and foment Russia’s gains. Another hot topic debated by experts is the US views on the Minsk Group and Turkey’s role in the South Caucasus. The Minsk Group Co-chairs have published several statements since the end of the 2020 war calling for the resumption of the negotiation process under the auspices of the Minsk Group. However, all understand that Minsk group statements mean nothing. The group may adopt statements calling for a re-start of negotiations every month, and the Armenian government may reiterate its support to these calls, but this process is insufficient to force Azerbaijan to return to the negotiation table and leads nowhere. All know that the US has real leverages to force Azerbaijan to change its position that the Karabakh conflict is over and Washington knows how to do that, but obviously, the US has no interest and intention to do that. Thus, Minsk Group will continue to adopt useless statements that will have zero impact on the situation. As for the role of Turkey, the Biden administration may hate President Erdogan and desire his removal from power in the 2023 Presidential elections, but this does not mean that the US will act against the increase of Turkey’s role in the region. Regardless of who sits in the Ankara Presidential Palace, more Turkish influence in the South Caucasus means less Russian presence, and all actors know this truth quite well.