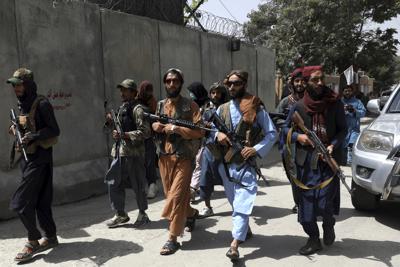 Why the Taliban Had to Change

The fall of Kabul to the Taliban, pre-negotiated with the US in Doha, Qatar, has launched yet another fruitless enterprise, as fruitless as the US effort to keep Afghanistan under its own control: all sorts of IR scholars, pundits, and journalists, in all sorts of specialized and unspecialized publications in the US and Europe, are trying to prove that the 2021 version of the Taliban has not changed in comparison to the version of the Taliban which seized control of Afghanistan in 1996 and that they will again make Afghanistan a cradle for all kinds of terrorists. If they use facts rather than hollow phrases, they commonly seek a confirmation of this thesis in the names of the 2021 Taliban leaders appointed to the interim government, the names which are not particularly different from those of the Taliban who governed the country from 1996.

Yet, all these would-be experts have somehow failed to notice that the times have changed, and so has the geopolitical environment in which the whole overturn took place. Indeed, how can the Taliban remain the same, if the entire world has changed so profoundly, comparing the year of 2001, when the Taliban were overthrown by the US forces, with the year of 2021, when the US forces withdrew before the Taliban’s advance?  No matter how rigid they are in their faith as a religious movement, the Taliban as a political organization had no choice but to adapt to the tide of change, if they wanted to seize and exercise power in a changed geopolitical context.

There are many symbolic signs of this new context which are directly linked to the second arrival of the Taliban. First, both the Taliban and the US sat down to negotiate the withdrawal of the US forces and transfer of power to the Taliban, which signals that the US is no longer the same hegemonic power that refuse to ‘negotiate with the terrorists’, as the Taliban were characterized by the US diplomacy for so many years. Second, the Taliban have adopted a different political philosophy, which gives precedence to diplomatic – rather than military – means, whenever the former proves more efficient. Third, the negotiations took place in Qatar, a country that used to be the most isolated among the Arab countries due to its alliance with Iran, which shows that the Americans have accepted not only Qataris, but also Iranians, as mediators and potential partners. Fourth, despite their ambiguous relations and deep ideological differences, Iranians have also accepted the Taliban as a potential partner, which is also mirrored in the fact that their only Arab ally, Qatar, played the role of the mediator and host to the US-Taliban negotiations. Fifth, China, Russia, Iran, and Pakistan did not close their diplomatic missions in Kabul after its takeover by the Taliban, which demonstrates that two global and two regional powers intend to cooperate with the Taliban-led government; moreover, that these four powers asses that they can benefit from such cooperation and accept the Taliban as a relevant regional partner of potential strategic significance. Therefore, at the very least, the Taliban are not going to be so isolated as they were during their first incarnation, which will certainly open them up, for the first time, to various foreign policy options.

However, there is one important question that is rarely posed by those who pretend to write and speak about the Taliban. This question is the most basic one: who are, in fact, the Taliban and who actually created them? In a recent interview, the former National Security Advisor to the US President Jimmy Carter, Zbigniew Brzezinski, proudly admitted that the US intelligence agencies inserted a number of Islamist fighters’ cells into Afghanistan by the end of the 1970s, with the task to penetrate the territory of the then Soviet Union and perform military actions, so as to provoke the Soviet regime to invade Afghanistan. The idea was to turn Afghanistan into the Soviet Union’s Vietnam-like catastrophe and thus bring the communist empire to a collapse. As we all know, the Soviets had fallen into that trap and the rest is history: they were eventually defeated and expelled by the well-organized Islamist fighters, better prepared for a guerrilla war than the Soviet army. However, no matter how Brzezinski now prides himself for this idea, it is well-known that its execution and implementation were in more than 90% left to a non-American agency, the Inter-Services Intelligence (ISI) of Pakistan, the country that was the most faithful British and American ally at the time. In an exceptional analysis Forever Friends? Pakistan and the Taliban Still Need Each Other, written by Zahid Shahab Ahmed and published in the National Interest, we can see it clearly:

After the Soviet invasion of Afghanistan in 1979, Washington approached Islamabad to become its frontline ally in a proxy war against the Soviets. During the Afghan-Soviet War (1979-1989), thousands of mujahideen were recruited from around the world and trained in Pakistan, and then deployed into Afghanistan. In addition to receiving billions in economic and military assistance from the United States, Pakistan expanded its influence in Afghanistan through close relations with the Afghan mujahideen as they later united into the Taliban in the 1990s. In 1994, Mullah Mohammed Omar founded the Taliban with fifty students in Kandahar. By 1995, the group’s control increased to twelve provinces and its size to 25,000 fighters. Due to its quick territorial gains, the Taliban managed to seize control of most of the country and established the Islamic Emirate of Afghanistan in 1996. To date, their first takeover of Kabul is attributed to Pakistan’s strong backing.

Therefore, the Taliban’s recruitment from among the Afghani and Pakistani Pashtuns and their military training for guerrilla warfare and religious indoctrination with the mixture of Pakistani Deobandi and Saudi Wahhabi Islam are to be treated as a special intelligence operation conducted by the ISI, and the same may be applied to their military victory. Of course, this operation would not have been viable without adequate coverage by the American CIA and British MI6, and assistance by Saudi Arabia’s GID (General Intelligence Directorate). Thus the Taliban and their hybrid ideology were created for a particular purpose and their heavy-handed policies upon the seizure of power also served a particular geopolitical agenda. It would go beyond the scope of this article to analyse in detail what this agenda was or might have been. Let us only notice that the Taliban in those times prepared the ground, both ideologically and literally, to legitimize the future American ‘War on Terror’, which has brought 20 years of continuous instability to the central part of Eurasia. In other words, there is no reason to look at the Taliban as a genuine occurrence – they had been created as a proxy and were left with no option but to remain a proxy. Whose proxy, that is the only question.

There is no doubt that the second arrival of the Taliban has been prepared and backed, again, by the ISI and Pakistan. On the operative level, the Taliban have clearly remained Pakistan’s proxy. However, in the meantime, Pakistan has totally changed its geopolitical orientation and switched loyalties. Initially created by the British Empire through religious partition of the post-colonial India to enable continuous Anglo-American control of the heart of Eurasia, Pakistan found itself abandoned and cornered by its former sponsors and allies, when they invested their capital and geopolitical weight in the strengthening and rise of its archenemy, Hindu-controlled India. Of course, this was not the first time that the British-American axis supported India against Pakistan, just as they were supporting Pakistan against India. However, this time it happened in the context of the rise of the most extreme form of religious nationalism promoted by the Indian Prime Minister, Narendra Modi, designed to eliminate Muslims as a constituent part of the Indian nation for good, which would force Pakistan to enter yet another conflict with India over a definite line of Muslim-Hindu separation. Ostensibly, it was a rational calculation by the British and Americans, to support instant economic rise of India and foster a redesign of Indian policy towards extreme, religiously based nationalism, so as to make India capable and willing to confront China, as India’s old and their new geopolitical adversary. However, such a tricky game has only pushed Pakistan to turn towards China as a potential ally and geopolitical patron. Thus the British and Americans have eventually pushed Pakistan away and lost their most faithful ally, and China has been delivered an entirely new leverage to fundamentally change the geopolitical balance in Eurasia.

With Pakistan under the US-UK patronage and Afghanistan under American control, China had a huge problem to secure its most important strategic project, the Belt and Road Initiative, in particular its China/Pakistan and China/Central Asia/West Asia Corridors. Also, the direct access of the Anglo-American intelligence agencies to the very borderland of China, through their stronghold in Afghanistan and the porous borders of the post-Soviet Central Asian republics, made it possible to instigate China’s own ‘Muslim problem’ in the form of the Islamist radicalization of Uighurs in Xinjiang. This, predictably, provoked the Chinese regime to respond in an extremely oppressive manner, which almost put in question its relations with the entire Islamic world, especially the countries of Central Asia, thereby undermining the prospects for their participation in the Belt and Road Initiative. As this problem proved to be too difficult to solve on the internal level, China’s imperative was to take Afghanistan out of the American control and reverse this trend that gravely threatened Chinese strategic interests. In these circumstances, Pakistan’s well-known proxy, the Taliban, appeared on the horizon as the best suited instrument for that purpose. In this context, it is not difficult to imagine why the Taliban were so quickly and efficiently restored by the ISI and why they suddenly became so politically pragmatic and militarily strong.

So, the Taliban’s 2021 takeover was also decisively supported by Pakistan, as it had been the one in 1996. However, this time it has all happened in a totally different geopolitical environment, with Pakistan under China’s geopolitical umbrella, which implies a totally different geopolitical orientation on Pakistan’s, as well as the Taliban’s, part. Instead of serving the goals of Halford Mackinder’s doctrine of permanent destabilization of Eurasia, so as to secure British-American control over the world’s sea-trade routes, now Pakistan and its proxies have become open to promoting the opposite geopolitical agenda, the Chinese doctrine of building Eurasian land-trade infrastructure as an alternative to the Anglo-American hegemony over sea-trade routes. Such a doctrine, embodied in the Belt and Road Initiative, requires a long-lasting stabilization of the Eurasian geopolitical space, and Afghanistan occupies a strategic place within this constellation.

Of course, most the Chinese officials could do in their public activities was to keep the embassy in Kabul open, recognize the Taliban, and send their Minister of Foreign Affairs, Wang Yi, to meet the Taliban delegation in Tianjin. On their part, the Taliban described China as a ‘friendly country’ and invited it to participate in reconstruction and development of Afghanistan, guaranteeing the safety of Chinese investments. However, there is no need to make vain guesses about whether the new version of the Taliban will really prevent various Islamist militant groups to penetrate China’s territory, as well as the territory of the post-Soviet Central Asian republics: this time, the Taliban have been resurrected and installed as a watchdog, to serve no other than this very purpose, so as to eventually make Afghanistan a part of a potential strategic alliance of China, Pakistan, and Iran. All in accordance with the Chinese strategic vision to make the Eurasian land-mass stable for transcontinental development of infrastructure, trade, and industry, designed to lead to economic, and eventually political, unification of the Eurasian continent.

Article was published at moderndiplomacy.eu