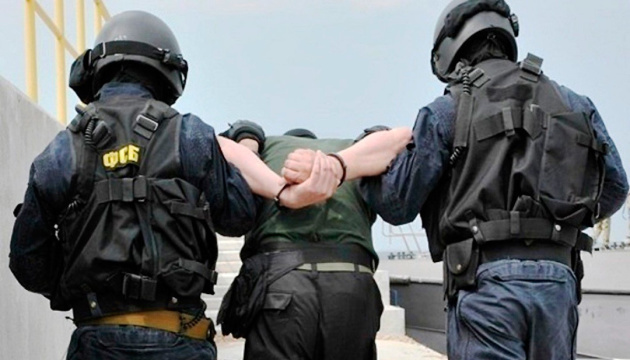 Will the Russian FSB and GRU be recognized as terrorist organizations?

A bill which suggests the United Nations recognize the Russian FSB and GRU as terrorist organizations was introduced into the Ukrainian Parliament.

• recognition by the Verkhovna Rada of Ukraine of the Federal Security Service of the Russian Federation and the Main Directorate of the General Staff of the Russian Armed Forces as terrorist organizations;

• approval of the Verkhovna Rada’s appeal to the UN Security Council to recognize the mentioned Russian institutions as terrorist organizations;

•  mandate for the Chairman of the Verkhovna Rada to immediately address the relevant appeal to the UN.

It is known for a fact that in the Crimea which is temporarily occupied by Russia, the FSB regularly kidnap Ukrainian citizens and apprehend those who disagree with the Kremlin regime.

In addition, in Ukraine the FSB officers are regularly exposed for organizing provocations and sabotage in the regions. Also, the Russian special services are involved in the recruitment of Ukrainians in order to male them leak confidential information about the Ukrainian Armed Forces to the Kremlin.

The FSB now has a tainted reputation in the world. Its employees have been exposed for organizing cyberattacks and attacks on Kremlin critics abroad.

After the shooting down of a Malaysian Boeing in Donbass in the summer of 2014, the Ukrainian ex-officials resorted to an attempt to get international organizations to officially recognize the self-proclaimed “DPR” and “LPR” as terrorist organizations. The former President Petro Poroshenko made a corresponding request to the United States and the UN. But the plan met with no success.

The point is that at the level of the UN, institutions of world diplomacy or individual leaders of the modern world such decisions need long debates. Because the recognition of a particular organization as a terrorist usually entails sanctions against members of these organizations, as well as individuals and countries which support them.

It is easier to do this at the level of individual states than through the UN. Each country, in accordance with its jurisdiction, makes a decision on the recognition of an organization as a terrorist. This usually happens when the citizens of these countries suffer from the actions of terrorists. The USA, Great Britain, Australia, Canada and a number of other countries have their own anti-terrorist legislation, and the organization is recognized as “terrorist” according to the criteria specified in the law. The USA, Great Britain and Canada are working most actively in this direction.

The United States now classifies nearly 60 organizations as terrorist. The US law provides for a special procedure for recognizing an organization as “terrorist” and imposing severe sanctions on it.The Department of State has a Bureau of Counter Terrorism, which collects information about a particular organization and submits it to the State Department, and the Secretary of State, together with the Attorney General, makes a decision.

One of the main criteria for this is the existence of a threat from the organization towards US national security or US sitizens. After recognizing a foreign organization as “terrorist”, the Secretary of State reports to Congress, which must reconsider this decision in a week. A week later, the decree was entered into a special federal register.

US law provides fstrict control over financial transactions that may be associated with the financing and supply of material resources to such organizations.

Similar procedures exist in other countries, but the criteria and state bodies that recognize the organization as “terrorist” differ.

In the UK, there are nearly sixty organizations on the list of “terrorist organizations”. The UK has applied a wide range of financial instruments to such organizations under a special act since 2000.

However, it is worth noting that there is no single definition of terrorism in international law, and the criteria for classifying organizations as “terrorist” differ. It is more difficult to recognize the “terrorist” status of the organization at the UN level than at the level of individual states. During the defining the status of organization the UN relies on 14 international conventions and protocols. A prerequisite for the recognition of an organization as terrorist is the consent of all 15 member states of the United Nations Security Council. This is extremely difficult. Now the UN list of terrorist organizations includes the predominantly Islamic Al Qaeda, Al Nusra Front, Boko Haram and some others.

The UN decision to include an organization into this list is guided by a number of international conventions, protocols and additions. As it was mentioned before, s positive decision requires the unanimous consent of all 15 members of the Security Council. It is clear that such a procedure is not without political influence, and the decision may depend on the attitude of the member state of the Security Council to a particular organization or country that submits the application.

In addition to a terrorist organization, the list also includes individuals and legal entities related to its activities, which also can be a subject of sanctions of the UN Security Council.

Hereof it follows that it is technically possible to recognize the FSB and GRU as terrorist organizations unless at the national level in Ukraine. But in this case, the logical next step should be the recognition of Russia as a terrorist state. It should be the very first step before the appeal of the Verkhovna Rada of Ukraine to the UN Security Council.