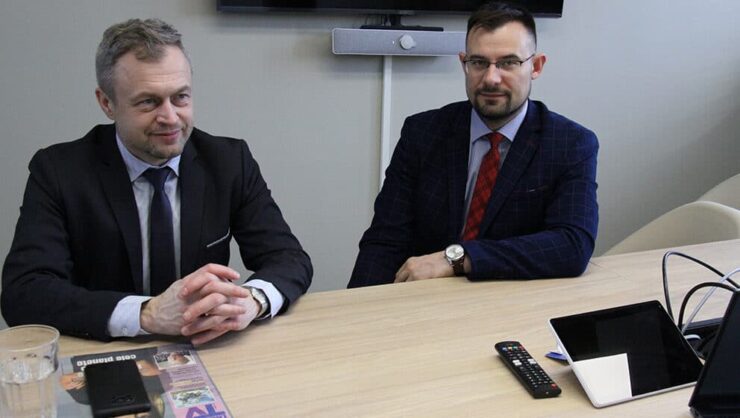 Samus, Fedyk: After the war, there will be intentions to create a new European security framework

What the years of peace-time politics had failed to do, Russian aggression in Ukraine has done in a week: it has fundamentally changed key aspects of European security architecture. The crucial decisions are being made, in real-time, on the policies including defense spending and energy independence across the continent.

As the war entered its second week, European Western Balkans talked to Igor Fedyk and Mykhailo Samus, Ukrainian members of the New Geopolitics Research Network platform which operates across Europe. Fedyk and Samus shared their views on the current state of the conflict, the West’s support to Ukraine, and the repercussions the conflict will have on Europe and the Balkans.

The discussion of longer-term consequences, of course, hinges upon the conflict not escalating into a direct confrontation between the West and Russia. The two sides have engaged in a dangerous game of brinkmanship, and the catastrophic consequences of an outright war between the nuclear powers are impossible to overstate.

According to Igor Fedyk, a direct conflict can be avoided depending on how things go down in Ukraine.

“If Ukraine keeps resisting Russian aggression and pushing Russians back, the West keeps supporting us with everything, especially with weapons and ammunition… It gives us the chance that it will be avoided. Because NATO wants to avoid direct contact with Russian armed forces. They do not want to fight”, he says.

Mykhailo Samus assesses that the closing of the Ukrainian airspace, which has been demanded by Ukrainians, would mean proclaiming war on Russia. And he questions whether anybody in the West is ready to do that.

Over the weekend, the President of Ukraine Volodymyr Zelenskyy slammed NATO’s decision to reject a no-fly zone over his country.

Asked, however, whether Ukrainian leadership was under the impression that NATO would fight for the country, our interlocutors answer in the negative.

“No, there was no illusion. NATO never promised the membership or that they would fight for us, it never promised membership in the EU. Only in Bucharest Summit, they wrote in the memorandum that Ukraine and Georgia would be members, but they only wrote that instead of a membership action plan”, Samus says.

The support of NATO and EU countries to Ukraine has instead come in the form of severe sanctions on Russia, as well as assistance in finances and military equipment. Both Fadyk and Samus assess that, on that level, the West is currently doing enough to help.

“Without this support, it would be very difficult for us. The whole Ukrainian society is now on the front line, and the rest of the world, Europe and the United States, is supplying us”, Fadyk says.

The assistance also came in the form of the unprecedented decision of the European Union to finance the supply of military equipment to Ukraine. The decisiveness of the reaction of the EU, compared to its usual reluctant approach to foreign affairs, still surprised many despite the extreme situation.

The factor that changed everything, according to our interlocutors, was the fact that the Ukrainian resistance did not collapse.

“After a few days, they saw that we are resistant, that we are successful in resistance, that the Russians will get stuck in Ukraine”, Fadyk says.

“Intelligence told Putin that all Ukrainians, especially Russian Ukrainians, will invite him and meet him with flowers. Instead, they started killing Russian soldiers”, Samus adds.

He explains that Russia’s tactics in the years leading up to the war has always been to pressure not Ukraine, but France and Germany.

“(Putin used to tell Germany): If you want Nord Stream 2 to work, you should pressure Ukraine to make a move on Minsk agreements and sacrifice its national interest. And he thought that he would hit Ukraine with missiles and then say, for example to Macron – please, go to Zelensky and tell him that he should accept these conditions; but Zelensky told Macron: Get out from here, we will fight. And this is a shock for France, shock for Germany, and shock for Putin. Because his tactics now don’t work”, Samus says.

While it remained in the shadow of the war, the news of the Ukrainian application for EU membership still caused attention at least symbolically, especially in the Western Balkans, a region whose own accession process has been a struggle for the major part of the past two decades.

On 28 February, President Volodymyr Zelenskyy submitted an official request to allow his country to gain ‘immediate’ membership under a special fast-track procedure.

European Parliament adopted a Resolution a day later which called for the EU institutions to work towards granting EU candidate status to Ukraine, and, in the meantime, to continue to work towards its integration into the EU single market along the lines of the Association Agreement.

Ukrainian application was followed by those of Georgia and Moldova several days later.

Samus reminds the country’s EU membership aspirations are enshrined in its Constitution, but, he says, Germany, France, and other countries never used to talk about that.

“They said that it was too early to even talk about the candidacy. Now the European Parliament supported the application of Ukraine and I suppose there will be a decision to give us the candidate status. For Ukrainians, it is very important to understand that the EU started to perceive us as Europeans. It was strange to listen to such hesitation, but it was like this because of the Russian reaction and protest about it”, he stresses.

Now, as Igor Fadyk adds, there are no worries about the Russian reaction anymore.

Impact on the Balkans

While the ramifications of the EU enlargement policy are yet to receive significant political attention, decisions have already been made regarding the security situation in the Western Balkans. EUFOR Althea force in Bosnia and Herzegovina announced the reinforcement of its presence in the country on the first day of the war.

Igor Fedyk says that, before the full-scale operation in Ukraine, there were fears that Russia could deploy troops in the Balkans, perhaps as peacekeeping troops in Bosnia and Herzegovina.

“Now, all countries of the Balkans, especially BiH, started to think twice about how war is awful and I think that a lot of people started to remember the events of 30 years ago, and I think that they will stop any possible developments in this direction. I think that Russia, after this, won’t be deploying any forces here. After this war, everybody will rethink and there will be intentions to create a new security framework for Europe”, he says.

Serbia has found itself in an especially awkward position, as it has tried to navigate between its commitment as an EU candidate country and its position on the non-recognition of Kosovo, which has been supported by Russia. Belgrade backed the United Nations resolution condemning Russian actions but has not joined the rest of the continent in imposing sanctions on Russia.

“We understand the Serbian position. We know it cannot turn 180 degrees. But this, the vote in the UN, is the evidence of the shift, that President Vučić understands that the situation globally is changing, and not in favor of the allies of Russia. So he tries not to end up on the side which lost”, Fedyk says.

Samus adds that Serbia and Ukraine are very close countries.

“There are always these stereotypes spread by Russians that Ukrainians are pro-American and Serbians and pro-Russian. I think we should be pro-Serbian and pro-Ukrainian, open to each other, and build a better Europe together. For Ukrainian national interest it is imperative to create a very comfortable, nice democratic country, where Ukrainians are not escaping to Germany and Poland, but having a good level of life. As is the case for all post-Soviet and post-Yugoslav countries”, he concludes.

In the meantime, the geopolitical foundations of Europe might change so much that the terms post-Soviet and post-Yugoslav become associated with a historical phase that is just now concluding.