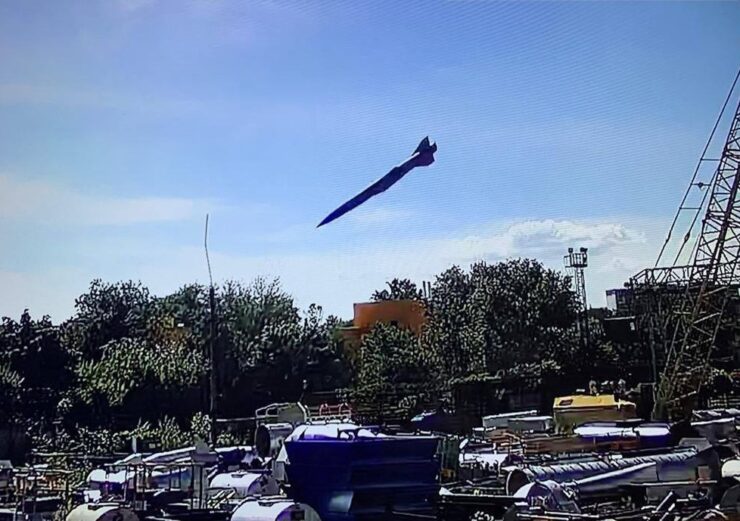 Why Russia hits shopping mall in Ukraine with missile?

Dozens civilians killed and wounded by old Russian Kh-22 missile in the Ukrainian city of Kremenchuk.

We all were shocked by bloody Kremenchuk shopping mall attack by Russian missiles on 27 of June.

Why Russians attack civilian objects? What is the military reason? Could it be mistake? Or planned terrorist attack?

First of all couple words about missile which Russia hit the shopping mall in Ukranian city Kremenchuk. Which is located in central Ukraine and far from the area of battles with Russians on Donbass – approximately 400 km.

The Kh-22 (Russian: Х-22; AS-4 ‘Kitchen’) is a large, long-range anti-ship missile developed in the Soviet Union in 1950-s. It is intended for use against aircraft carriers. Normally they should be equipped with nuclear warhead. AND it launches from the Soviet made Tupolev-22M3 strategic bomber. It has a range approximately of 1,000 km.

Such missiles are highly inaccurate and therefore can cause severe collateral damage and casualties.

Circular error probability of this missile is about 1 km. So if you`d like to strike some target smaller than 1 km size it will be very difficult.

So why Russians use these old inaccurate ugly missiles against Ukraine?

–             Russian generals who is going to get new achievements in their careers (f.e general Surovikin, commander of Russian Space and Air Force) trying to show Putin that they are much better than the older generation of generals represented by the current chief of general staff Gerasimov. So that’s why they started to use massive missile strikes with old inaccurate Soviet missiles and reported to Putin that they are very effective.

–             I think that all of 3 reasons could be combined. But as a result we have only one definition of such a tactics of Russia – it`s a military crime and state terrorism that should be immediately stop and punish.

–             Talking about how Ukraine and our allies could struggle with Russian missile terrorists? Besides diplomatic instruments we need get more Missile and Air Defence. NASAMS, Iris-T SLM, SAMP-T or Patriot we need all of these modern systems. To secure Ukrainian cities and people and to help Putin regime to continue aggressive war in Europe against NATO countries. What is pretty real now especially against Lithuania, Latvia, Estonia and Poland.

And finally – this missile is symbol of modern Russia in one ugly full metal jacket.