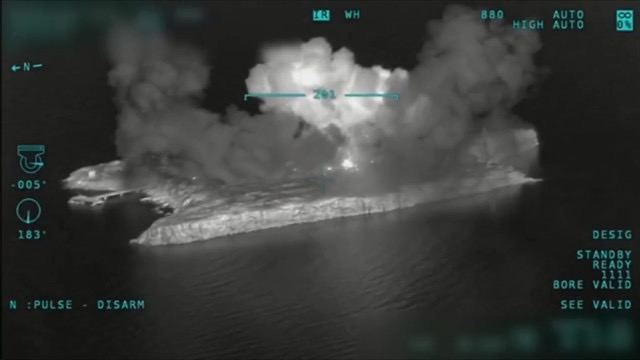 The NGRN director, Mykhailo Samus on why this is important for the course of the Russian-Ukrainian war.

Russia proclaimed about good will to leave Ukrainian Serpent Island. It`s funny enough how Russians call they total defeat in their attempts to get it. Serpent Island is a small Ukrainian territory in the Northwestern part of the Black Sea. It has its own history about Ukraine and Romania relations but the strategic role of Serpent Island appears after 2014 year when Russia occupied and annexed Crimea, territorial water and Ukrainian economical zone together with Ukrainian gas platform in this area. Several years ago we`ve forecasted that Russia will try to occupy Serpent Island and create a corridor between Island and stollen gas platforms to blockade Ukrainian ports in Odesa region. It happened immediately after 24 of February when Russia has begun full-scale war against Ukraine. Russian forces tried to put troops with marines, special operation forces, air defence on the island to achieve several goals: – Keep total control on the Northwestern part of the Black Sea – To create A2AD zone in this area, especially with Air Defence – Prepare landing operation in Western part of Odesa region as a part of the occupation of this region together with Russian forces from Transnistria – Blockade Ukrainian ports of Odesa region Serpent Island should play critical role in occupying Odesa region and creating a land corridor between Crimea and Transnistria So Ukraine since first minutes of Russian attempts to occupy Serpent Island started to defend it and do not allow Russians to get total control on it. Famous words “Русский военный корабль иди на***” – it`s literally about Ukrainian defense of Serpent Island. Ukrainian Navy destroy the Black Sea Fleet flagship missile cruiser Moskva close to Serpent Island as well as other Russians ships in this area. Since Russian attempts to occupy Serpent Island Ukrainian forces several times erased them from the small and inconvenient surface. The last time it happened this night. And it looks like it was the final call for Russians. Some alive bodies escaped from the island and announced that it was Russian goodwill. Ukraine is very satisfied on this “goodwill” campaign and waiting for continuing the same Russian approach in Crimea, Donbass, South Ukraine, South Osetia and Abchazia in Georgia, Transnistria in Moldova. Russians, you should show your goodwill. Or you will be burned as at Serpent island.