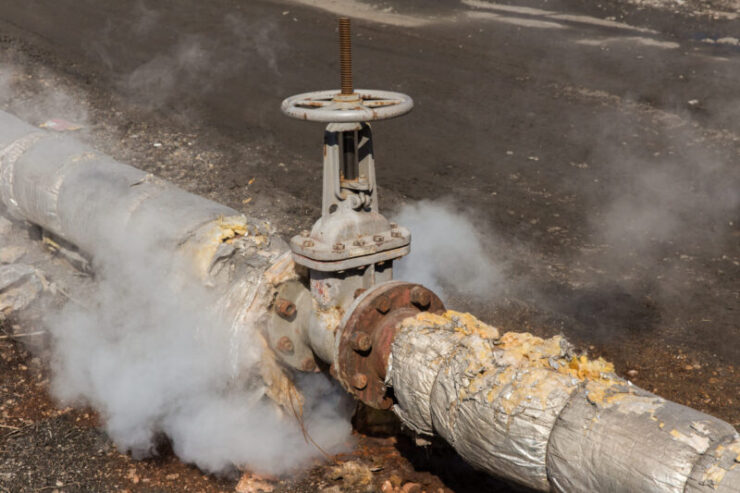 A tale of two gambles

As German chancellor, Angela Merkel gambled by accepting Russian geopolitical risk. It’s now clear that she lost her bet, to the cost of both Germany and other EU members. Russian president Vladimir Putin is a chronic gambler, and his latest restrictions on gas supply amount to a bet that the West will see him as acting from a position of strength – and not notice that he’s being fatally weakened by sanctions and is running out of options. It’s vital that he loses that bet. And ensuring that he does will require clear sight, clear priorities and strong nerves.

Gas-wise, July was an anxious sort of month in Brussels and Berlin. Faced with reduced levels of Russian gas deliveries via the Nord Stream 1 pipeline (which runs under the Baltic Sea to Germany) – even before annual maintenance after July 10 that proved unusually ponderous – and hints from Vladimir Putin that flows might need to be reduced further or even stop, the European Commission (EC) called on July 20 for “voluntary” and “solidarity-based” cuts of 15% in gas consumption by EU member states in the period from August to March – and for powers to make such cuts mandatory should a supply emergency arise.

And, on July 26, with further prospects of disruption emerging just days after flows had been resumed to general sighs of relief, EU governments agreed on the necessity for rationing over the winter and for a Union-wide law to enforce consumption cuts, thus more or less confirming the Commission’s original proposal. All this amid fears of recession in Europe as the effects of the Ukraine war compounded inflationary pressures, supply-chain problems and the aftermath of the Covid-19 pandemic, amid concerns as to whether targets for topping up gas-storage facilities ahead of the heating season could be met – and amid doubts on just how easily or fully “solidarity” on the subject would be secured.

For the “elephant in the room” is that Germany has only itself to blame, having made itself the most vulnerable part of the European gas market.

The countries that are least vulnerable to Russian gas blackmail are Portugal, Spain, Greece, Poland and Ireland. What they have in common is that they do not depend on Russian natural gas, but all have liquefied natural gas (LNG) terminals. These terminals make Russia just one more source of gas on a global market for the fuel. So countries with terminals suffer nowhere near the strategic risk experienced by those whose purchases and supplies exclusively take the form of pipeline gas. Like Germany, which, having consistently rejected the LNG option for more than a decade, is only now starting to put facilities in place – too late for the coming winter.

The conclusion to be drawn is unambiguous: those EU member states that have cosied up to Moscow are the ones that suffer more when Gazprom chooses to act as part of the Russian army. Yet now the EC is asking everyone to join in the sacrifice in confronting the Kremlin’s gas blackmail and to show demand management capacity by reducing gas consumption by 45-50 billion cubic metres (bcm) a year.

These developments result from one of the gravest geopolitical blunders so far this century, designed and executed by former German chancellor Angela Merkel. Her one-sided, Kremlin-addicted policy of reliance on the Nord Stream pipeline projects put all of Germany’s eggs in the Gazprom basket. Moreover, her philosophy of ignoring Russian political risk inspired imitators in other EU countries: notable among these was Bulgaria’s Boyko Borisov, whose own pet pipeline project – encouraged by Ms Merkel – was Turk Stream (and its continuation Balkan Stream), which resulted in Bulgaria’s 95% gas dependence on Gazprom.

Finding 50 bcm of gas to replace the Russian imports that Germany is now missing is impossible. So gas-saving measures are needed. The trouble is that, in the interests of solidarity, everyone has to economise: the price the Nord Stream and Turk Stream geopolitical gambles of Ms Merkel and Mr Borisov is being paid by “solidarity” within the EU.

Nor is the EU’s Berlin-inspired geopolitical tilt just a matter of the “Streams”. There’s also the Green Deal, the extreme variant of the green agenda that was designed by Berlin and is being executed under EC supervision – and paid for by EU citizens.

And now the Green Deal would seem to have been derailed by events, with member states reopening lignite mines en masse (even in France), restarting nuclear reactors, and pushing back green investments for years. This is the outcome that Analyses & Alternatives has been warning about all along. Climate targets, per se, are not the problem. No: the problem is the adoption of radical and unbalanced policies which don’t include multiple options and which ignore – indeed, go flatly against – markets and their logic, adding unbearable costs to the energy bills of ordinary citizens across the EU and around the globe.

What with over-reliance on Russian gas and over-rigidity about the Green Deal, it’s no wonder we are in such a mess. And these are self-inflicted vulnerabilities. Mr Putin is simply a beneficiary of them. But he’s benefitting big-time and, as always, making the most of a surprisingly weak hand.

For while Russia’s president has been citing various detailed problems to explain (or excuse) low gas deliveries – slow return of a Nord Stream turbine sent for overhaul in Canada, for instance, or Kyiv’s perceived obstruction of certain gas transit routes through Ukraine – there’s some evidence that the problems are more general and, from his standpoint, more disturbing.

Given sanctions, there are increasing complications with problems with the import of parts and components critical for maintaining production and transmission of natural gas in Russia itself. This is leading to a greater frequency of incidents and of shut-downs for repair works and maintenance, and this frequency is expected to increase. In future, Mr Putin must be expecting sanctions-related problems with the ability to ship abroad sufficient quantities of natural gas.

However, he can’t afford this sequence of events to be seen as the result of sanctions. That will make him look weak and vulnerable – and convince the West that sanctions are working and should be persisted with and intensified. Hence he’s decided to act pre-emptively, getting ahead of events and decreasing gas export volumes before he actually has to, thus appearing to take the initiative. This will serve two purposes:

So what’s the appropriate reaction to all this? Simple: let’s get real, let’s get resolute, and let’s know our strength. In concrete terms, that means four things.

First, let’s forget about EU climate targets, not permanently, but for at least the winter of 2022-23, as natural gas shortages and sky-high prices force industrial gas consumers to cut production. We can get back to the climate once immediate problems – the economy and Mr Putin – have been dealt with. Frankly, if we can’t learn to prioritise and sequence, there isn’t a lot of hope for the planet.

Second, let’s recognise that EU sanctions are starting to bite. Not just biting into Putin’s ego but also biting into his war chest, affecting the imports of spare parts and maintenance of critical components of Gazprom’s production and transmission infrastructure. Which means objectively he will be able to export less gas.

Third, let’s be confident that time is on our side. The Kremlin is trying to play ahead of events, to force an end-game on the geopolitical chess-board and to explain away as “strategically motivated moves” what are in fact technical handicaps due to sanctions. If we call his bluff and stand firm, that won’t do him any good.

Fourth, let’s be aware Mr Putin is playing against the market – an approach that rarely works for very long. He might have some chance short-term. But in the medium-to-long term he is bound to lose.

And that means both losing market share and losing the gas war.