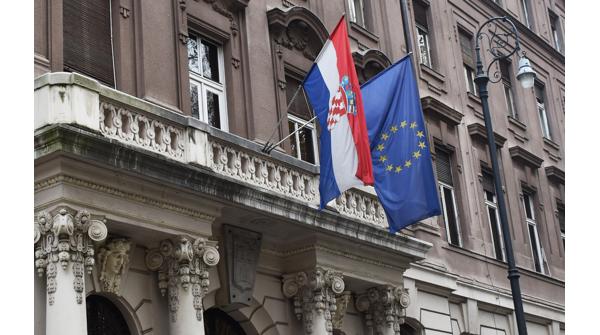 How Croatia Put an End to Separatism

Nowadays, in modern countries there are large amount of hotbeds of separatist sentiments. The problem of separatism is one of the most difficult, since it is directly related to the issues of the existence of states, changes in their borders and the formation of new states. The choice of methods and means of countering separatism largely depends on the nature of such a conflictand its evolutionary stage. In general, the determination of ways of resolving the problem of preserving the state’s territorial integrity should be carried out with regard to the historical, cultural, ethnic, religious and other features of the regions. Moreover, the experience of each country is unique in its own way.

Despite the fact that forcible methods are not excluded by the leadership of states, it is not the main mean of ensuring territorial integrity and internal political stability and it is used only when the interests of ensuring national security require it, and the use of other methods is impossible or ineffective. At the same time, the main goal of the government affairs in the field of countering separatism is the creation of conditions under which effective management of disintegration processes is carried out. It seems that this approach ensures that such processes are deprived of their destructive potential, and the very idea of ​​separation loses its popularity among the population over the time.

Having regard to the above, the experience of Croatia in restoring territorial integrity and countering separatism is interesting in the context of applying both force and non-force methods in different regions within one country. In 1991, on the territory of Croatia there were 3 self-proclaimed separatist regions of the Serbian Krajina, Western Slavonia and Eastern Slavonia, created by ethnic Serbs with the assistance of the Yugoslav army and paramilitary groups from Serbia. After unsuccessful attempts of the peaceful settlement in 1995, the Croatian army and police conducted two military operations, called “Bljesak” (Flash) and “Oluja” (Storm). According to the results of the first operation, in the province of Western Slavonia was restored constitutional order, and as a result of the second, the armed separatist groups were defeated and the Serbian Krajina virtually ceased to exist. Eastern Slavonia returned to the control of Zagreb as a result of its peaceful integration.

The factors that contributed to the successful conduct of operations by the Croatian security forces are:

– implementation of economic, administrative and military reforms by the Croatian authorities;

– consolidation of the Croatian people around the idea of ​​building an independent and successful state;

– the actual lack of assistance to the Serbian separatists from Belgrade. Thereby the leaders of the Serbian separatists in Croatia and Bosnia (Milan Martic and Radovan Karadzic), on the eve of 1995, disaccorded with Serbian President Slobodan Milosevic. Then Belgrade even reduced the amount of aid to the puppet armies in the occupied territories. In addition, during the period when the Croatian army had been preparing for the final liberation operation “Storm”, the top political leadership of Croatia made no doubt that troops from Serbia would not go strong on separatists. The fact is that Milosevic received assurances from influential international players that he would not be brought to responsibility for unleashing of war if he stopped providing military assistance to Serbs in Croatia and Bosnia. Therefore, when the Croatian army began a large-scale liberation operation, the leadership of so-called Republic of Serbian Krajina was completely demoralized, were withdrew endorsement and offered only sporadic resistance. In fact, these events put an end to the existence of the Serbian Krajina and led to the uprising of Croatia within its present borders.

Notwithstanding the above, the importance of the peaceful reintegration of Eastern Slavonia should not be underestimated, as it has allowed Zagreb to return without bloodshed a significant and strategically important part of its territory and thus finally restore the territorial integrity of the Republic of Croatia. In addition, it was virtually the only peace plan that was fully successfully implemented during the Yugoslav wars. In fact, the process took place on Croatian terms, from the position of a winner, but with guarantees for the national rights of the local Serb population. The leadership of the insurgent Serbs of Eastern Slavonia seeing the ineffectiveness of their previous policies and the determination of the Croats, only after the defeat of the Republic of Serbian Krajina finally agreed to the terms of a peaceful settlement. Thus, the legal beginning of the process of reintegration was marked by signing the Erdut Agreement on November 12, 1995.

In fact, the practical components of the reintegration of Eastern Slavonia were as follows:

– demilitarization and the creation of a transitional local police force of Serbs, Croats and UN representatives;

– return of Serbian and Croatian refugees with the allocation of appropriate state material assistance;

– convalidation (legal recognition) of previous documents and issuance of Croatian passports to the local population;

– elections to local authorities (including both Croats and Serbs);

– national reconciliation (amnesty for Serbian officials who did not commit war crimes, quotas for Serbs in parliament and ministries, the creation of kindergartens and schools with Serbian as the language of education);

– ensuring the commitment of the local population in the conflict zone, in particular by proving in practice social, economic and political benefits of a peaceful way of life as a part of a single state and taking into account their needs.

In addition, the Croatian experience shows that one of the means of countering separatism is the constant preparation and delivery of a high-quality information product in the temporarily occupied territories. The struggle for the minds of the people in the occupied part must go on continuously. The timely use of information mechanisms to combat separatism in Croatia could prevent the outbreak of the 1991-1995 war. Instead, an information war was waged against the Croatian elite and state authorities, who were accused in harassing the Serb population and promotion of anti-Serb sentiments. The experience of information warfare shows that a hundred well-prepared propaganda articles or TV reports are more effective than a hundred of the most modern tanks.

Croatia’s experience in combating separatism will be useful for countries that have faced such a dangerous phenomenon. Therefore, it is important to counteract separatism not only at the state level, but also at the international level, as the united world community can stand up against various threats to international security.

The peaceful reintegration of Eastern Slavonia is recognized by most experts as the most successful example of a peaceful settlement in former Yugoslavia. Force methods seem to be more effective because of their ability to return territories in a matter of days, but in spite of force methods can eliminate the severity of the problem, they could lay the groundwork for future conflicts. The experience of peaceful reintegration of Eastern Slavonia is more applicable and less traumatic. All in all, the Croatian experience in combating separatism is noteworthy, but it is not a ready-made recipe for modern and future conflicts.