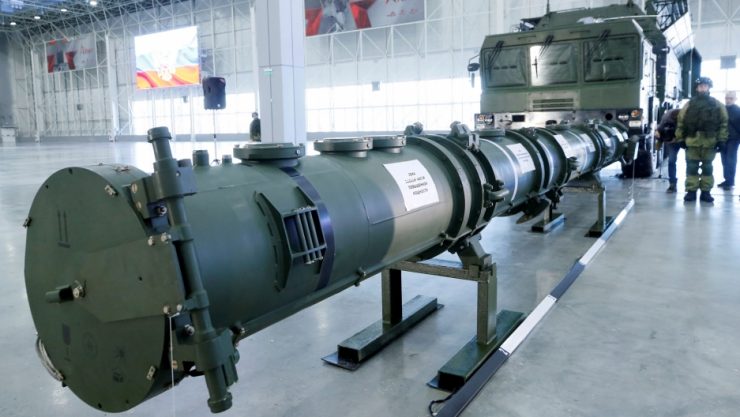 We bring to your attention a summary of Dr. Tomasz Smura (Director of the Research Office at Casimir Pulaski Foundation, Poland) speech “The INF Treaty collapse is another example of the destruction of security environment in Europe “.

 Regarding the position of Poland on the Intermediate-Range Nuclear Forces (INF) Treaty and wider disarmament issue it should not come as a surprise that Poland basically understands the US decision to withdraw from the Treaty – the arms reduction agreements make sense only when they are observed by two sides.

 The Pulaski Foundation and wider expert community in Poland have alarmed for many years that Russia has been violating the provisions of the INF Treaty through working on the SSC-8 cruise missiles and probably on the other ballistic missiles (formally intercontinental) that could reach targets on shorter distances.

 The end of INF Treaty is another example of the destruction of security environment in Europe we built after the Cold War. This security architecture was based on Helsinki Accords, which ruled out territorial claims in Europe, INF Treaty eliminating medium and intermedium ballistic and cruise missiles, New START (Strategic Arms Reduction Treaty) concerning intercontinental missiles, Treaty on Conventional Armed Forces in Europe and the Open Skies Treaty. But after the annexation of Crimea and Russian aggression on Ukraine, which caused significant deterioration in relation between Russia and the West, only New START remains in force (however, only couple of months ago it was on the verge of collapse, and there are still many questions on the future of this treaty).

 Poland treats this situation very seriously as we may become the first target of Russian missile capabilities. Poland continues developing its domestic missile defense capabilities. Despite complexity and expensiveness of the project it remains high on the MOD priority list. We build also our capabilities to be able to respond the threat – as long range standoff weapon or long range missile artillery.

 Nevertheless, Poland cannot move alone – it is also an issue for the whole NATO. Missile capabilities developed by Russia are not against Poland but against our partners in Western Europe. So we definitely have to continue discussion how to respond this threat together. It is high time to revise the NATO Air and Missile Defense concept. Originally, it was aimed against the Iran missiles. But regarding the significant change of security environment in Europe it should cover Russian threat as well.

 I am not a supporter of deployment land based cruise missiles in Central Europe e.g. in Aegis Ashore installations. At first, it is quite easy to eliminate them from the military point of view. Secondly, it is what Russia actually waits. Such step will provide Russians with a reason to deploy more missiles in the western part of Russia. Moreover Kremlin will get talking points on the «real» role of the Aegis Ashore ostensibly aimed at deploying US missiles in Europe.

 It would be better to gather more capabilities allowed by INF Treaty – as standoff weapon and cruise missiles deployed on the ships. The US should continue its programs like Precision Strike Missile, Long Range Hypersonic Weapon. These systems may be deployed in Europe if Russia decides to violate its moratorium on deployment of medium and intermedium missiles.