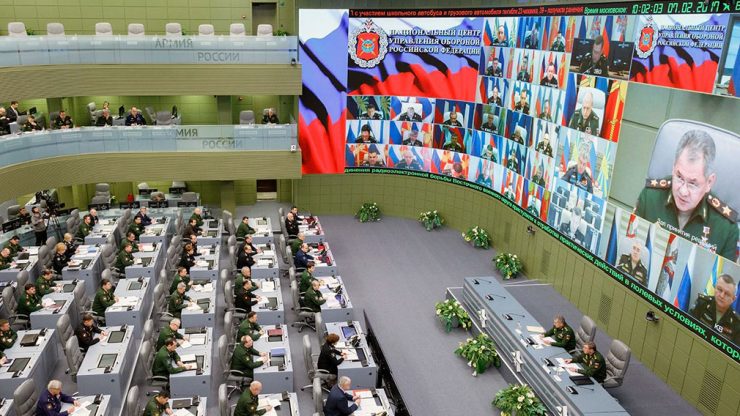 The New Geopolitics Research Network brings to your attention key points of Mykhailo Samus speech, made during online webinar “Horizons of Russian aggression in 2021: what to be ready for?”

Zapad is traditional Russian strategic military exercise since 1977. It has main goal to improve the practical skills of commanders and staffs for strategic operations by Russian coalition forces on Western strategic direction. Originally it was Warsaw pact, now – it`s Regional Group of Force for Russia and Belarus. Before Zapad-2021, Soviet Union and, after its collapse, Russia conducted 7 exercises (1977, 1981, 1983, 1999, 2009, 2013 and 2017).

Zapad-2021 will take place in special situation in Belarus with Lukashenko regime under international isolation and sanctions which create favorable conditions for Russia to strengthen own influence in Belarus.

For many years Russia has been pushing Belarus to deepen military co-operation up to deploying Russian military bases on Belarus territory. Till the 2020 Lukashenko has successfully resisted Russian attempts to establish a more robust Russian military presence in Belarus. However, post-election crisis and protests, international isolation and sanctions weakened Lukashenko position vis-à-vis Putin.

Belarus Armed forces published already statements that Belarus shares Russian views on the current security environment and that Russia can deploy a regional-group of forces into Western part of Belarus to tackle this threats.

It looks like the long discussing story about Russian military bases in Belarus may now come true. There are several evidences that Russia and Belarus discussing now new approaches for permanent or near-permanent deployment Russian forces on Belarus territory.

It was officially published news that Russia and Belarus will deploy joint SIGINT and ELINT posts on Belarus border with Poland, Lithuania, Latvia and Ukraine.

Lukashenko told recently that they were discussing with Putin possibilities to create joint aviation units on Belarus territory with new Russian fighters and with Russian and Belarus pilots flying together.

Russian media reported that during Zapad 2021 Russian Western military district logistics units will establish a special logistics base to supply Russian troops participating in Zapad 2021 with fuel, food, and other materials. That means that Russia is creating supply lines to Belarus to support a permanent or near-permanent deployment.

Talking about exercise itself, in Russian and Belarus informational space already exists the same narrative that the Western countries tries to destabilize Belarus and change the regime in Minsk. Minsk repeatedly proclaimed that there is a growing military threat to Belarus due to an intensification of military preparations in neighboring countries, which include Poland, Baltic States, and Ukraine.

During Zapad-2021 Russians will pay special attention to the training of new created 18th motorized rifle division of 11th Army Corps in Kaliningrad enclave. It is clear that new division was created after lessons of Zapad-2017 when so called “Suvalki gap case” made a lot of noise both in NATO and Russia. Obviously, 18th motorized rifle division will have main priority and goal to seize Suvalki gap between Poland and Lithuania to cut NATO links of communication and logistics with Baltic states before NATO troops and even main Russian forces will arrive to this territory through Belarus. Such a scenarios were considered during Zapad-2017 exercise and NATO wargames in the same time.

I think it will be the most interesting part of Zapad-2021 exercise. Not look at this traditional show with hundreds of tanks and artillery at Russian and Belarus firing tests but analyze capabilities to integrate all of sensors and intelligence together with C2 system and weapons through all of joint group of force. That will be the indicator of readiness of Russia to act in new technological age and with new doctrines kind of Joint Strike Concept with networking of all weapon platform, sensor systems and command and control centers.

Definitely it will be challenge for NATO and Ukraine to keep this level of competition with Russia taking to consideration that next conflicts will be a collision of opposing «systems of the systems» designed especially to achieve goals on battlefield and with the operationalization of an AI at strategic, operational and tactical levels.

Watch the full video of the conference Horizons of Russian aggression in 2021: what to be ready for?” here: https://www.youtube.com/watch?v=1t-ARk6hR2M