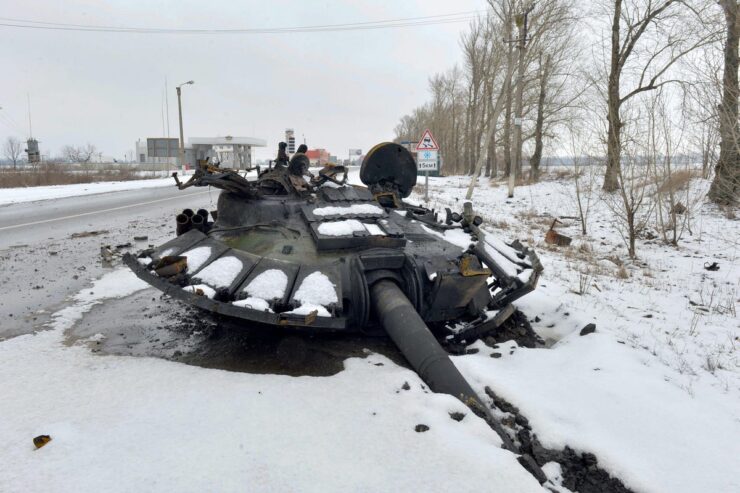 Up in Arms: Is Russia Losing the Indian Arms Market?

Originaly the article was published on Institut Montaigne

Russia’s war against Ukraine sheds light on many aspects of Russian forces’ strategy and tactics, allowing observers to draw important conclusions regarding the effectiveness of Russian weapons platforms, military equipment and their tactical use in modern combat. These conclusions, together with the increasingly complex geopolitical situation, can significantly undermine Russia’s position in the global arms market. This rings even more true given the partnership in military-technical cooperation between Russia and India. Russia is India’s main supplier of arms. Throughout the Cold War to the present day, Russia supplied India with a wide range of weapons, from tanks to missiles, aircraft and submarines, remaining a key arms supplier for the Indian military.

Main conclusions to draw so far

First, the strategy of the Russian armed forces has remained at 1980s levels, while staff training is rigid and outdated, based on World War II tactics with little attention paid to newer forms of warfare. The Russian military is making little headway when compared to the Western military school. This is due to Russian intelligence failure, outdated combat planning, the failure of Russian forces to establish air superiority, lack of sustainable logistics, and finally, poor C2 (Command and Control Infrastructure). These factors account for significant losses.

Second, the war undermined Russian military effectiveness, in comparison with Western and even Ukrainian weapons systems.

This was notable for instance with the Turkish-supplied Bayraktar UAVs, the American Javelin and Swedish-British NLAW anti-tank weapons, the American air-defense systems Stinger, and the British Starstreak, all of which very effectively destroyed Russian equipment.

In addition, it is expected that the use of long-range artillery and MLRS, to be supplied under the US Lend-Lease Act, will allow Ukrainian armed forces to gain a strategic advantage on the battlefield and push Russian troops back to the Russian border. Finally, the destruction of Russia’s flagship Moskva war vessel in the Black Sea is another example undermining Russia’s military combat effectiveness. This vessel, despite having comprehensive and multi-layered air defense, was sunk by two Ukrainian “Neptune” missiles.

Thirdly, in addition to military aspects which contributed to severe losses for Moscow, the Russian arms industry revealed its vulnerability to the international arms trade environment. At the start of May, 10,128 sanctions were imposed against Russia, and key defense companies are among the targets. Given that Russian weapons remain highly dependent on western-made components, a halt in the volume of production is expected. For instance in Orlan-10 drones (one of the main drones of the Russian Armed Forces), the key blocks consist of Western-made components. Russian T-72 tanks are moreover equipped with French thermal imagers. The 9M727 Iskander and Kalibr cruise missiles also rely on Western chips. More than sixty Western-made IT-elements are included in the Automated Radio Interference Station Borisoglebsk-2. Finally, the TOR-M2 anti-aircraft system is equipped with an oscillator developed by the UK in a computer. All underline how Russia remains highly dependent on foreign technology.

Today, the main defense companies in Russia are on Western sanction lists. Government measures include blocking the supply of Western components, production lines, and financial transactions. The use of secondary sanctions was also imposed on Russian defense companies to prevent companies from third countries from providing alternative sources of technology. In this regard, a number of Russian companies (including “Kamaz“, “Kalashnikov” and “Uralvagonzavod“) have already limited their production. Moreover, problems in the economy – GDP is expected to contract by 11.2% and investments to drop by 16.9% – may lead to a reduction in spending on the military industry and innovation. Finally, a shortage of weapons due to colossal losses (Russia even started to use obsolete T-62 tanks) will force the defense industry to focus more efforts on the repair and production of weapons for the war in Ukraine, rather than on exports.

The economic decline of Russia’s defense industry may lead a number of Russia’s traditional partner countries to significantly reduce – or altogether refuse – military-technical cooperation with Russia. India may be the first country concerned; it has been a steady buyer of Russian weapons for a sustained period. According to SIPRI, between 2011 and 2021, Moscow had become a key supplier of weapons to India (Russia accounted for 60% of all arms imports, totalling $22.9 billion), while the average annual amount of deliveries for this period amounted to $2.1 billion. India accounts for 34% of all sales from Russia for the specified period. Material includes armored vehicles, aviation equipment, air defense systems, small arms etc.

The problems of the Russian defense industry, the deterioration of Russian military technologies and the global political situation may push New Delhi to reconsider its strategic priorities. A test for India’s future course of action vis-à-vis Russia will be the implementation of the 2021 military-technical cooperation agreement. Under the agreement, a contract with the Kalashnikov enterprise was signed for the production of AK-203 assault rifles in India (production volume: over 600 thousand; value: over $677 million). The second project may include the delivery by the end of 2024 of five regiments of the S-400 anti-aircraft missile system.

According to Indian media the second squadron was set to begin arriving in May 2022, but delay was expected due to the consequences of the war. Considering the high probability of the presence of Western chips in the S-400, it can be assumed that Russia will face difficulties with the supply of this anti-aircraft missile system to India.

While New Delhi is trying to stay out of the Russo-Ukrainian war, some high-ranking Indian generals are already speaking out in favor of diversifying arms suppliers and reducing dependence on Russian systems and technology.

“The present world order and geopolitical scenario, which is very, very turbulent, has also taught us a lesson“, declared Air Marshal Vibhas Pande in May 2022, adding to defense manufacturers in New Delhi that “if we want to provide certainty and stability … the only option is to have a totally self-reliant or self-sustained supply chain mechanism established within the country“. He leads maintenance operations for the Indian Air Force.

A group of retired Indian diplomats and generals associated with the International Vivekananda Foundation, close to the government, in a comprehensive report, after listing the failures of the Russian army, concluded that “the quality of Russian technology previously thought to be superlative is increasingly being questioned“, and “the West’s blockade of high-technology supplies to Russia could directly impact Russia’s defense industry consequently impacting Russo-Indian defense ties… A clear lesson for India would be to widen its airpower basket away from Russia“.

He later added that: “in the long term, India must work towards weaning itself away from dependence on Russia for military technology“.

In this situation, new opportunities appear for Western suppliers who offer more modern weapons, and hence more modern tactics for their use. In recent months, some of India’s Western partners, including Britain and the US, have signaled a willingness to enhance their defense supply to New Delhi. As a result, Russia’s comparative advantage in Asia to offer advanced military technology at relatively low prices, is unlikely to remain. In the near future we will see a reduction of Russian arms exports and an increase in Western ones. In Southeast Asia too, where Russia is currently a major arms supplier, a similar trend is expected to prevail.