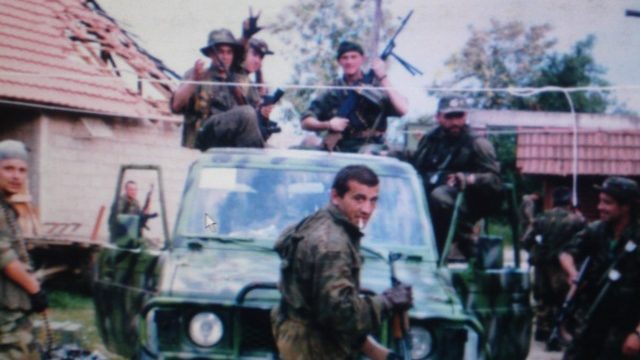 The commission of war crimes, their consequences, and the punishment of accused persons is not such an irritating topic in the social and political life of Montenegro compared to Serbia, BiH, Croatia, and Kosovo. Since the 1990s the Montenegrin leadership has been ready to deal with the past because they want to become a member of the EU as soon as possible. However, further statements by political leaders do not come. Podgorica is not ready to work in this direction to open new cases against war criminals and deal with the problem comprehensively. First, none of the Montenegrin government has put the past issue on foot in the list of urgent cases. Secondly, society itself did not ask to know more about the conflicts of the 1990s, about war crimes and victims of war. Thirdly, the war crimes in Montenegro are committed only by non-governmental organizations. The authorities know about their activity but the cooperation between them is sporadic.

Similar trends are observed in neighboring countries – Croatia, Slovenia, North Macedonia. In BiH, Kosovo, and Serbia, the situation is different, as mass killings, purges, deportations have drawn red lines in post-war societies that are constantly in conflict. Until 2020, public organizations engaged in documenting, investigating, communicating with witnesses and victims independently. The main partners in this process were various organizations from Croatia, BiH, Serbia, Northern Macedonia, and Kosovo. In May, the Montenegrin leadership announced that an information and documentation center for the study of war crimes would be established at the Assembly. The opening took place on October 5, 2020, and was located in the Montenegrin Parliament building in Podgorica. However, at the end of 2021, the center did not appear in the Assembly. It alleged that he was temporarily housed in the premises of the non-governmental organization YIHR, which is also headquartered in the Montenegrin capital. It was on the initiative of this NGO that a memorandum on the establishment of IDC was signed, the project was supported by the EU Delegation to Montenegro. This is the only time that the authorities have shown interest in overcoming the consequences of the past, which include war crimes and their consequences.

However, this project is implemented only by YIHR, the authorities do not participate in it. This is evidenced by the European Commission’s 2021 report on Montenegro, prepared in October this year for presentation to the European Parliament. EC officials note that the government continues to implement the National War Crimes Prosecution Strategy, but in a limited format.

The current situation is not the first in the recent history of Montenegro. Back in the early 1990s, the government convicted five officers of the Republika Srpska Army for killing civilians in the Pluzine (on the border with BiH). The ruling intended to demonstrate to the European community Montenegro’s desire to cooperate with the ICTY in investigating war crimes. Without this, Podgorica would not receive financial assistance from the United States and European countries. This worked because Montenegro received funds much more often than Serbia. Slobodan Milosevic then refused to recognize the tribunal’s jurisdiction, so financial aid to his state was constantly frozen. The situation was interesting because, until 2006, Serbia and Montenegro were within a single state. The Montenegrin government has moved to pursue a policy of Euro-Atlantic integration, and therefore received funds for domestic reforms. The rest of the country, Serbia, boycotted cooperation with The Hague tribunal, so it rarely received money from external partners. Such a policy of “double rails” was beneficial for Montenegro, which showed a desire to quickly meet the requirements for accession to the EU and NATO.

That is why the government went to extradite three Montenegrins, Vladimir Kovacevic, Pavel Strugar, and Veselin Slivancanin. The tribunal’s prosecutor’s office accused them of crimes against Croats when all three served as officers of the Yugoslav People’s Army. In the early 1990s, the JNA was known for its abuse of civilians in Dubrovnik and Vukovar.

Apart from these high-ranking officials and the 1994 court verdict in Montenegro, very few people have been prosecuted for their crimes. In general, the country has conducted eight lawsuits against people involved in mass human rights violations in BiH, Croatia, and Kosovo. The last verdict was handed down in 2020. This year, one new investigation was launched and one closed because there were no grounds to press charges. Five more cases pending in BiH and Croatia are still pending.

The European Commission emphasizes that the investigation and follow-up of war crimes cases face vague requirements for evidence, testimony, legal errors and shortcomings in the application of international humanitarian law, and the reluctance of prosecutors and the judiciary to deal with such cases. As a result, several persons against whom the implementation was opened were released.

Another aspect of the problem is the slow handling of compensation claims for war crimes victims. Payments become possible when the involvement of individuals in mass human rights violations is proven.

Despite the lack of significant progress in its justice system for war crimes, the Montenegrin authorities are joining the prosecution of Croatia, BiH, and Kosovo. In addition, this summer the Parliament of Montenegro officially joined the recognition and condemnation of the crime of genocide in Srebrenica. The deputies passed a resolution, which provoked a negative reaction in Serbia and Republika Srpska.

Thus, there is a problem of war crimes and their consequences in Montenegro, but it does not have a significant impact on European integration. The European Commission annually criticizes the government for effectively freezing the investigation and opening of new cases. This does not prevent Montenegro from complying with Chapters 23 and 24, which deal with the fight against corruption, improving the situation with freedom of speech and freedom of the media, improving the judiciary, and so on. The EC will likely continue to criticize Montenegro for war crimes, and the government will continue to be excluded from the process. The efforts of public organizations are significant in this area, but the results of their activities are not of interest to politicians or society.

The article was published at Balkans in-Site